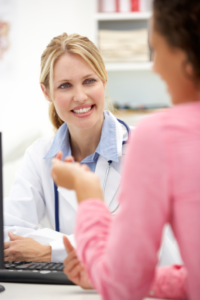 Scientific studies support the assertion that emergency contraception works by preventing pregnancy , rather than facilitating an abortion. Plan B, commonly referred to as “the morning after pill,” works by preventing ovulation. When the ovaries are prevented from releasing an egg, the egg cannot become fertilized. Additionally, if fertilization does occur, emergency contraception prevents the egg from implanting in the uterus—a critical step for pregnancy to occur. Many fertilized eggs never become implanted to the uterine wall due to natural causes. In fact, experts propose that up to half of all fertilized eggs simply pass out of the woman’s body instead of establishing pregnancy. Taking emergency contraception can help ensure that this will occur.

Chemical, or non-surgical, abortions are a safe, legal option for women who are less than six weeks pregnant. They are accomplished by taking a pill known as mifepristone, also sometimes called RU-486. This pill isn’t the same as emergency contraception because it works by terminating an established pregnancy, rather than preventing one. After taking the pill, the woman’s body rejects the pregnancy in a manner much like a miscarriage. The drug works by changing the uterine lining to prevent the egg from staying attached. Misoprostol is given along with mifepristone to encourage the uterus to contract to expel the pregnancy tissue.

The gynecologists of Washington Surgi-Clinic provide confidential women’s healthcare services at an affordable fee . Our women’s clinic offers safe surgical and non-surgical abortions, STD testing, and birth control, including emergency contraception. Those in Washington, D.C. and beyond can schedule an appointment by calling (202) 659-9403.