If you’re considering talking to a gynecologist about pregnancy termination , you should know that you’re certainly not alone. Over a million women in the U.S. choose to terminate a pregnancy each year. Every woman has her own personal reasons for choosing pregnancy termination; however, the following are among the most common reasons. 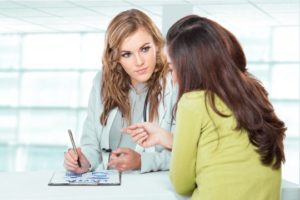 Even when couples use birth control methods as directed, there is a possibility of becoming pregnant. The chances of becoming pregnant increase further if birth control methods, such as the pill, aren’t used as directed. Unplanned pregnancies frequently occur because a woman forgot to take a pill a few times or forgot to take it at the same time each day. The failure of birth control is a common reason for terminating an unplanned pregnancy; however, it isn’t the only one. Women may choose to terminate an unplanned pregnancy if they were the victim of rape or incest, or if it simply isn’t the right time to have a baby.

Another reason to seek pregnancy termination is experiencing problems within a relationship. In many cases, the father of the child remains in the family’s life, for better or worse. Some women may choose to terminate a pregnancy because of domestic violence issues, substance abuse, or other reasons that may make their partner an unsuitable influence.

Sometimes, pregnancy termination is necessary to preserve the health of the mother. Women who have been diagnosed with cancer, diabetes, autoimmune disorders, heart disease, or mental health disorders may choose to have an abortion.

In addition to maternal health, fetal health is often a concern for women who decide to terminate a pregnancy. A healthcare provider may determine through amniocentesis that the fetus has spina bifida, Down syndrome, muscular dystrophy, cystic fibrosis, Tay-Sachs, anencephaly, or other serious medical conditions.

Although both first and second trimester abortion procedures are safe, legal, and the right choice for many women, it is normal to experience a…

The decision to seek an abortion or pregnancy termination is incredibly personal, stressful, and emotional. It’s important to make sure you…