According to the Centers for Disease Control and Prevention , one in seven people with HIV don’t know that they are infected. For this reason, they recommend that everyone between the age of 13 and 64 has at least one HIV test, but people in higher risk groups may need to be tested more often. Your gynecologist can help you make smart decisions about HIV testing that are right for you. Keep these general guidelines in mind as you consider getting tested for HIV. 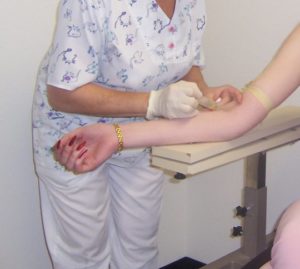 After Exchanging Sex for Drugs or Money

Exchanging sex puts you at risk of exposure to HIV from people with high-risk lifestyles. The same testing window applies. Talk to your gynecologist after this kind of sexual activity, as he or she may recommend additional STD testing.

At Washington Surgi-Clinic, we offer confidential HIV testing in Washington, D.C. , alongside a range of gynecology services and STD treatment options. To learn more about HIV testing and our other services, please call (202) 659-9403.