Roe v. Wade is among the most well-known Supreme Court cases because it affirmed the reproductive rights of women in the U.S. The right of women to obtain pregnancy terminations has long been a controversial subject. Because of this, it is important for every woman, currently pregnant or not, to understand her right to have a pregnancy termination performed in a safe, legal manner by a gynecologist. 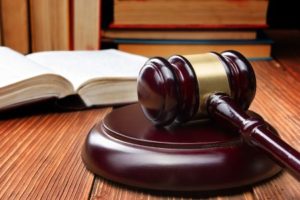 In 1971, Norma McCorvey filed a case against the District Attorney of Dallas County, Henry Wade. In the court documents, McCorvey was identified as “Jane Roe.” At the time, Texas prohibited abortions except in cases where it was necessary to save the patient’s life. To fully understand this issue, it’s helpful to go back further in time. Abortion was legal in the U.S. at the country’s founding. It only became a subject of legal restrictions in the mid-1800s. But many states began reforming these restrictive laws and by the 1960s, pregnancy termination was more widely accessible in 17 states. Yet, countless women still did not have access to safe, legal pregnancy termination services—because of both financial and legal restrictions. Low-income, minority women were disproportionately affected. According to the Guttmacher Institute , abortion was the official cause of death for 2,700 women in 1930 because of the lack of healthcare accessibility.

In 1973, the Supreme Court ruled that the Fourteenth Amendment’s guarantee of personal liberty and privacy extended to a woman’s right to decide whether to bear a child. Roe v. Wade has undoubtedly helped to save the lives of countless women who otherwise would have tried dangerous methods to end pregnancies.

Each state establishes its own pregnancy termination regulations. Some, for example, require the consent of a parent if the patient is legally a minor. Washington, D.C. does not have restrictive abortion laws. As of January 2017, the only restriction in the District of Columbia is a prohibition on public funding of abortions. However, public funding is still available in cases of rape, incest, and life endangerment of the mother.

The gynecology team at Washington Surgi-Clinic firmly believes that every woman should have access to high-quality healthcare delivered by compassionate providers . We provide nonsurgical and surgical pregnancy terminations in Washington, D.C. Call (202) 659-9403 to request a confidential appointment to discuss a first or second trimester abortion.