It is possible for a gynecologist to detect early cervical cancer and pre-cancerous changes by performing a Pap smear. Routine Pap tests can save lives, especially since cervical cancer often does not cause unusual symptoms in its early stages. By the time the symptoms develop, the cancer is typically already in an advanced stage. 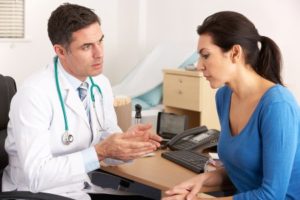 These signs and symptoms are generally localized, such as pain during sexual intercourse, and an abnormal vaginal discharge that may occur between periods and may contain blood. Abnormal vaginal bleeding is another possible sign of cervical cancer. It may occur after douching, after a pelvic exam, after vaginal sex, between periods, and after menopause. Systemic health problems can also occur when cervical cancer spreads. These include fatigue and unintentional weight loss.

Women can schedule an exam and Pap smear in Washington, D.C. at Washington Surgi-Clinic. Call us at (202) 659-9403 and visit us online to read about our other women’s health services, including HPV treatment and pregnancy termination.