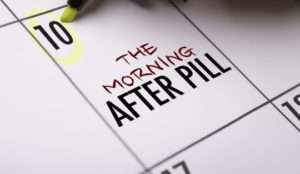 Ideally, the morning-after pill should be taken as soon as possible after unprotected intercourse. Over-the-counter forms of the morning-after pill can generally be taken up to 72 hours after unprotected sex, while a prescription form of the pill can be used for up to five days after sex. In each case, the sooner you take the pill, the more likely it is to be effective.