Every person has the right to make their own healthcare decisions, and no woman should feel pressured to explain her decision to seek an abortion . However, many women find the experience of speaking out about reproductive rights to be an empowering way to correct the many misconceptions and stigmas about this issue. The decision to terminate a pregnancy is one that is experienced a little differently by every woman, but there are some common motivating factors. 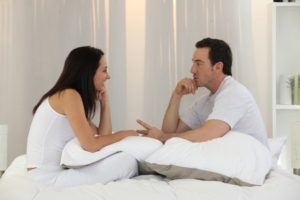 One of the many myths about abortion is that it’s always performed to terminate an unwanted pregnancy. In fact, many women who make this decision do truly want to be mothers, and many of them intentionally became pregnant. But life is unpredictable, and some prenatal tests performed around 18-to 20 weeks may reveal significant defects that would not allow the child to live after the birth. Unsurprisingly, women typically feel emotionally unable to carry a child to term, give birth, and watch the baby suffer before its death. It’s also not unheard of for a woman to undergo pregnancy termination because she would otherwise face the possibility of carrying a dead fetus.

Some women who have looked forward to becoming mothers decide that, due to circumstances beyond their control, they are no longer able to do so. At least one woman chose to terminate a pregnancy because she and her husband discovered that he had cancer. They decided that it wasn’t possible for her to carry the pregnancy to term, go into labor, and care for a new baby while also caring for a very sick family member. As any cancer caregiver can attest to, it’s a full-time job in itself.

No informed woman views abortion as a birth control method. But birth control isn’t infallible, and sometimes women decide to terminate the resulting pregnancy when birth control fails. Rape is another common reason for choosing abortion. Sexual assault is far more common than many men realize, and no woman should be forced to carry a rapist’s child to term against her will.

Regardless of your reason for seeking an abortion, you deserve to receive exceptional care from courteous, compassionate providers who respect your decision. At Washington Surgi-Clinic , we maintain the utmost standards of patient confidentiality. Call (202) 659-9403 or visit us online to learn about our safe chemical and surgical pregnancy termination methods available in Washington, D.C.