Most birth control methods rely on hormones to trigger changes in the body that inhibit the fertilization of an egg or the implantation of a fertilized egg. But some women have health issues or concerns that discourage them from choosing hormonal birth control. Talk to your gynecologist about your options. He or she can recommend some appropriate choices, based on your health history, preferences, and lifestyle.

Condoms are the barrier method of choice for many couples, and gynecologists recommend them because they protect individuals from sexually transmitted diseases (STDs) as well as unintended pregnancies. Even when couples do rely on hormonal birth control, doctors recommend using a condom too. The downside is that condoms aren’t 100% effective. Tiny rips in the latex can allow sperm transfer. Condoms can also interfere with sexual spontaneity, and if condoms aren’t readily available, couples may engage in unprotected sex. 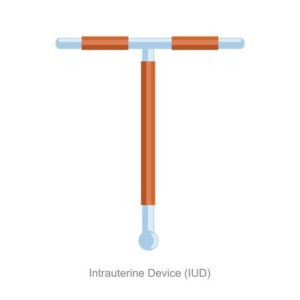 Another non-hormonal option for women is the copper intrauterine device (IUD). This is a tiny device that your gynecologist can insert into your uterus. It can stay there for up to 10 years, at which time you may choose to replace it or use a different birth control method. The copper IUD isn’t right for every woman, but for many, it’s a convenient, safe choice that doesn’t raise the risk of hormone-related side effects, like blood clots. Less than 1% of women who use this particular IUD willconceive within the first year of use , according to The Mayo Clinic. If this occurs, there is a high risk of ectopic pregnancy. However, the overall risk of ectopic pregnancy with the copper IUD is less compared to the risk for women who don’t use birth control.

The diaphragm is another barrier method. A gynecologist must prescribe and fit it, and it should be used with spermicide. This silicone cup needs to remain in place for six hours after sex, but it cannot be left in place longer than 24 hours. Some women report vaginal irritation with it. The diaphragm doesn’t protect couples from STDs, and it has a relatively high failure rate.