If you have sex without using any kind of birth control or if you think your pregnancy prevention method may have failed, the morning-after pill can reduce the chances of an unwanted pregnancy. It’s important to note that the morning-after pill is not the same thing as an abortion. It doesn’t terminate an existing pregnancy but rather makes it more difficult to become pregnant. If you take this form of emergency birth control, here is what you can expect.

Nausea is one of the most common side effects women have after taking the morning-after pill. The nausea usually peaks within 24 hours of taking the medication and resolves completely within a day or two. In most cases, over-the-counter anti-nausea medications are effective in managing the symptoms, but call your gynecologist if you develop diarrhea or vomiting within a few hours of taking the morning-after pill, as the effectiveness of the medication may be impacted. 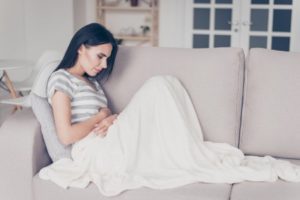 The morning-after pill contains high doses of hormones that are similar to the ones used in birth control pills. As such, side effects that mimic PMS are common. Women may experience cramps, breast tenderness, mood swings, and back pain. These symptoms can vary from woman to woman, but they usually subside within 24 hours of taking the pill.

Irregular bleeding is common with the morning-after pill. In some cases, spotting occurs the same day you take the pill and may continue until your next period. Some women get their next period earlier or later than normal after taking the morning-after pill. If your period doesn’t start within five days of when you expected it, talk to your gynecologist. You may need to take a pregnancy test.

At Washington Surgi-Clinic, we empower you to make the right choices for your reproductive health by providing variety of birth control methods and pregnancy termination services in Washington, DC . To make a confidential appointment, call (202) 659-9403.